Not even in good faith

It’s a rare treat getting to get to go into a movie completely blind these days. With only a tantalizing poster and the promise of recently up-and-coming star power, I went into Them That Follow blindly ready to be swept off my feet. Set deep in a rural, timeless Appalachia, the film cooks with an interesting premise as the inhabitants of a small Christian village ritualistically wrangle snakes to purify themselves before God. Unfortunately, it’s otherwise as thematically predictable as any contemporary subject matter wrestling with explorations of faith, and a large portion of its plot points contribute little to the narrative and its characters while failing to pay off.

Alice Englert feels restricted as the leading Mara, whose writing and development manifest very little of the character’s internal machinations and growing conflictions. A now Oscar-winning Olivia Colman is at least good in a menacing supporting role next to Walton Goggins’ sly performance as the village’s boisterously faithful evangelical preacher, both overshadowing Englert’s limited character with decent arcs for themselves. But even some vaguely intriguing, drawlingly scattered spikes within the narrative still don’t offer enough to give Them That Follow a viewing.

A Human Touch, One Step Up 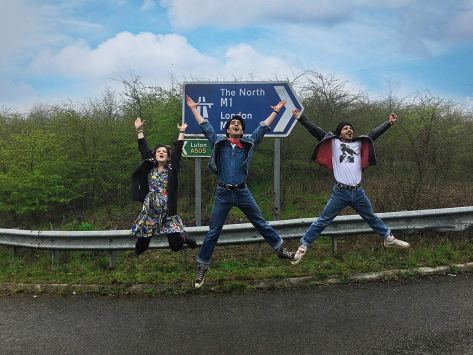 Based on a memoir by Sarfraz Manzoor, Blinded by the Light is unapologetically adoring of the music of Bruce Springsteen. Viveik Kalra leads with an infectious energy matched by Gurinder Chadha’s gleefully free-spirited directing celebrating the story of how the Boss’s music forever changed the life of a burgeoning Pakistani-British writer.

Apart from a distractingly choppy editing job and mildly meandering story progression, the film’s a delightful watch that boasts a kind of bright, hopeful sincerity not often seen today. The sugar and fluff are all nice, but the film really shines during its heavier moments as it tells an impactful narrative about father-son relationships, the clashing of cultures between multi-generational immigrants, and the sadly relevant dangers of nationalist trouble brewing in a politically divided country.

The title’s a metaphor! 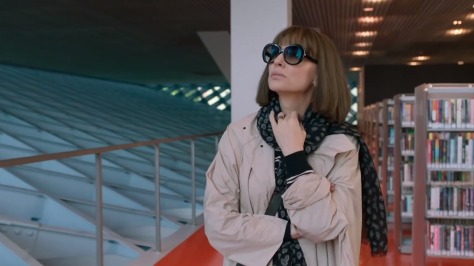 Sandwiched in between an annoying framing device and the two drawn-out, though ultimately serviceable first and third acts of Where’d You Go, Bernadette is a dynamite character study featuring Cate Blanchett in one of 2019’s best performances by far. Blanchett is phenomenal and completely makes the film as the film’s titular grouch, a disillusioned artist whose descent into a creative rut has led her to become a sarcastic, bitter agoraphobe. Though potentially risking a bad message/interpretation, the story about mental health is thoroughly compelling through Blanchett, who tells all in bursting rants of momentous drive and raw, burning emotion.

There are bits of deceivingly subtle development for Bernadette and her family (two other good performances from Billy Crudup and Emma Nelson) scattered throughout the first chunk of movie, but after the bough breaks, the film becomes a laboriously aimless, exposition-heavy, novel-like experience that could’ve done with some trimming from its pen-to-paper roots. Regardless, Blanchett’s performance amidst the uniquely gloomy Seattle aesthetic deservingly ekes out a more than solid recommend.

Thank Blanchett for the freshness

2 thoughts on “Reviews: ‘Them That Follow;’ ‘Blinded by the Light;’ ‘Where’d You Go, Bernadette’”